Kaiju-a-gogo is a strategy/action title featuring GIANT MONSTERS. The player takes on the role of a fledgling Mad Scientist who has built the first human-controlled Kaiju in the world. While your rivals race to catch up with your genius and build their own Kaiju to compete with you, you have a five-year-window to use your Kaiju to achieve TOTAL WORLD DOMINATION.

You will then start play at your Secret Lair, an uncharted island, and launch your first attacks upon the unsuspecting world. As you crush city after city with your magnificent creation, the resistance of the people in that region will weaken, until eventually they bow to the inevitable and admit that you’re in charge. When you have conquered all of the regions on the globe, you win! You are the world’s supreme dictator and number one monkey. Simple as that. 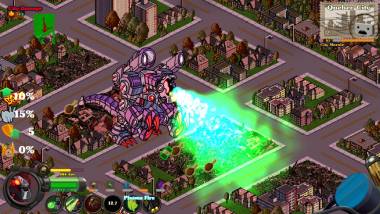 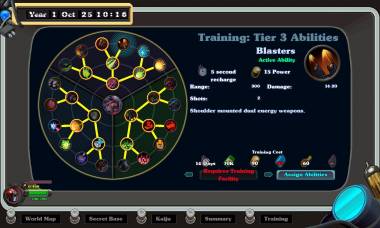