The F-86 Sabre™ was a natural replacement for the F-80 Shooting Star™. First introduced in 1949 for the United States Air Force, the F-86™ featured excellent performance for its day, outstanding handling characteristics, and high adaptability. The Sabre™ served in a number of NATO-aligned countries and was even produced in Canada. A total of 9,860 Sabres of all variants were produced, some of which are still flying today with private collectors. The F-86F-1™ version featured an uprated engine over its predecessors and a larger wing without leading-edge slats. 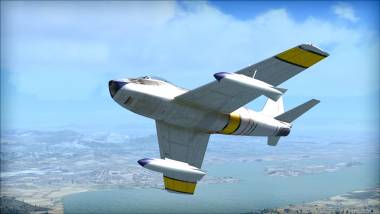 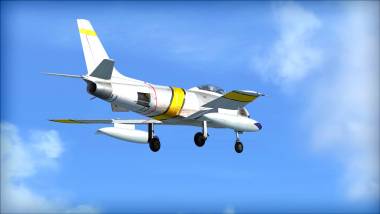